1Advent appeals to me in one way but is an uncomfortable time as well. It is part of the church year that makes sense to me, in the way that it provides an approach to Christmas, in a way that Lent, quite frankly does not.In other words I "get" the liturgical logic of Advent. Lent as a time of discipline and learning to be disciples, of disciplining our desires, fits much more appropriately, in my view, into the long haul of "ordinary time". The approach to Easter is a time of engagement with the world of the principalities and powers, the time of public witness and confrontation as God's kingdom confronts the powers that be and the injustice and exploitation of Empire. 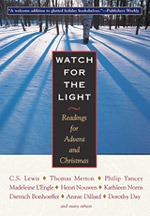 Anyway this year I thought I would try blogging on the Scripture readings for each Sunday in Advent, noting some thoughts and questions, using the readings in Sojourners - noting that the lectionary they use may differ somewhat from those in use in mainstream churches in Australia. Before moving to that I want to draw attention to a great collection of readings: Watch for the Light: Readings for Advent and Christmas put together by the folks at Plough Publishing, still in print I believe. Some of them are brief, suitable for meditative reading. while others are longer. there is a hard challenging edge to the readings, particularly for Advent.

Isaiah 2:1-5 reminds us that the coming of God's kingdom is not some detached spiritual affair, unconnected to our politics and economics. Laurel A Dykstra in comments on this in Sojourners preaching the Word Commentary points out that:

The transformation of weapons into tools used for planting and harvesting crops shows that war and hunger are intimately connected, that finite resources cannot feed both the hungry and conquest. As Dwight Eisenhower said of modern weapons in a 1953 speech, “Every gun that is made, every warship launched, every rocket fired signifies, in a final sense, a theft from those who hunger and are not fed, those who are cold and not clothed.”

The Isaiah reading also points out the deliberate and studied nature of war: Nations learn and teach it. It is neither natural nor accidental when farmers are trained as soldiers and tools of life become tools of death.

Romans 13:11-14 offers us a challenge to our frenetic consumerism - anticipating the demands of Lent where they are separated from the themes of waiting and anticipation that Advent offers. Walter Brueggeman, the distinguished old Testament scholar makes this connection explicit in Light the First Candle in his discussion of the passages for this day:


These readings ponder both preparation and expectation.

The preparation is delineated in Romans 13. Paul urges the avoidance of “reveling, drunkenness, debauchery, licentiousness, quarreling, and jealousy” (verse 13). The mad rush of “Christmas preparation” drives us to self-indulgence and enough fatigue to make us edgy and quarrelsome. The alternative for Paul is to be unlike the world and not consumed by our “desires.”

The Gospel reading for the day, Matthew 24: 36-44 writes the message of waiting and expectation in large letters, underlining the theme. Matthew hits bold and underlines his theme to make sure we don't miss it.

Bonnie Greene in her meditation on this passage comments that:


Jesus' story of the people working in the field, one of whom was taken and the other left, has often been a touchstone of traditional spiritualities, particularly of the "that's incredible" variety. Most are otherworldly and focused on a Jesus who appears to bear the passkey to an otherworldly kingdom of God.

But there is afoot another spirituality that also draws life from this passage, one that is firmly rooted in human life and is responsive to the needs of our times. People who practice it tend to stress the real, historical Jesus and his behavioral as well as verbal announcement of the kingdom. For these people, Jesus' call to be alert and watchful for the coming of the Son of Man is a call to a way of life sensitive to God's active work of deliverance for the people of this world. Such a spirituality requires them to scan the horizon incessantly, watching for signs of renewal, for evidence that the suffering are rising up to new life.

In some parts of the world it's hard to miss the signs of God's work among people. But for us in the industrialized countries of the North, the distinction is often blurred by too close association with life-as-it-is-now; we haven't developed the skill to discern the spirits of our time. If the Son of God were to appear among us, some would scarcely recognize him; others would be utterly surprised and unprepared. (God in Mcdonald's)

The time of waiting in Matthew draws upon the somewhat discordant idea of God as a burglar.
Bill Wylie-Kellermann in Barbed wire and beyond: a theology of trespass unpacks this disturbing theme in a reflection on the activist tradition of Christian witness.


The preface to John's Gospel identifies the light with Christ Jesus. He is the one shining in the darkness and not overcome. It is abundantly clear that the light is not at all welcome in the world. He is not recognized or received, but hated and rejected. From the standpoint of the world and its claims, the incarnation is an intrusion, a divine incursion.

It is, I suppose, a kind of cosmic trespass. I am led to think of the way the New Testament speaks of the Lord's coming as a "thief in the night." The metaphor has always been troublesome to me. It evokes a little cringe. Our Lord the cat burglar. The point, of course, is the unexpected timing of things, but I suspect a further implication. Perhaps this glorified "breaking and entering" implies the breaking of our false securities. Our lives are penetrated and vulnerable. We are broken into. Here again, we find the truth sneaking in our back door.

Advent then is about dealing with a disturbance of our certainties and a breaking open of our comfortable life of business as usual. Perhaps our conversion starts from here.
Posted by Doug at 1:27 pm