Michael Kennedy and the forgotten art of lament 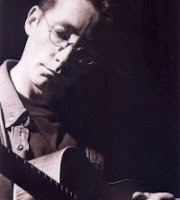 My friend Chris Marshall observes that:
A greatly neglected dimension in contemporary worship is the practice of lament, or God-directed complaint. Most popular worship songs cruise or hip-hop-bop along, with little reference to pain and with no hint of complaint about the state of the world. They function almost as a spiritual anaesthetic, dulling our senses to the extent of suffering in the world and to the deep paradoxes and ambiguities of human experience. Yet there is so much in the world we need to lament. There is much we need to cry out to God in protest against. War and violence, death and disease, poverty and prejudice blight the lives of countless millions. We need to recover ways of articulating, in the context of worship, our perplexity and distress over such things. (Crime, Crucifixion and the Forgotten Art of Lament)

I was reminded of the significance of lament at the National Folk Festival in Canberra this weekend in listening too the performance of Victorian folk singer Michael Kennedy.

In the course of a weekend of wonderful music Kennedy's performance stood out, a wonderful voice, a gentle manner and material that was poetic in form and touched the life and the land that he lived in.

Folk music often takes the prophetic mode of utterance and can come across at its worst with a strident self righteousness.

Kennedy's work characteristically (though not exclusively) took the form of lament that named the ills clearly and unequivocally but did so in a manner that owned out complicity in those ills.

It was a heart touching performance in which the character of the performer, the performance itself and the poetry and music being performed came together in a powerful engaging way that touched the heart and spirit of my wife Jillian and myself.
Posted by Doug at 10:19 am

Michael seen and heard recently at Fairbridge WA. Beautiful! Does anyone know the name of a song where he says something about"softening a hardened heart" ?.....that was all my friend could remember.